Now, a lot of people advocate vegetarian food. The reason is that by comparing herbivores, carnivores and human anatomical structure and physiological functions, it is concluded that human anatomy is more suitable for vegetarian diet. The reasons are: 1. teeth and jaws for grinding vegetarian, rather than tearing carnivorous. The saliva of the 2. people is weak alkaline, and it is more difficult to dissolve meat. The 3. people and herbivores are all the stomach and small intestine, which are suitable for slowly absorbing the unperishable vegetarian food. But the predator's stomach and colon are short, which can digest the meat quickly and expel before the meat rotten. The residue of meat produces toxins in the intestines.

In fact, the comparison of the physiological structure does not result in the conclusion that the human structure is more suitable for vegetarian food. Some of the nutritional components of human body contain much in plant food, some of them contain much in animal food, and a reasonable omnivorous diet can achieve balanced nutrition conveniently and effectively. Pure vegetarian food can also achieve a comprehensive balance of nutrition, but it is more difficult.

Human physiological structure is not suitable for vegetarian food

According to the idea of comparative physiological structure, we can not get the idea that "human is more suitable for vegetarian food". There are many mishaps in fact of the "comparison". Typically, human saliva is not a strong acid, but it is not a partial alkalinity, but a neutral acid. When human gastric juice is below pH2, it is difficult to achieve pH4 above herbivore after eating, and the ratio of human intestinal to body height is significantly lower than that of herbivore. The conclusion based on false facts can not be able to rely on nature. In fact, in terms of physiological structure, human beings are neither herbivores nor carnivores, but omnivores, like our close relatives in the animal kingdom, chimpanzee.

Vegetarians live longer than vegetarians themselves

The saying that "vegetarians are healthier and longer" has been widely spread and seems to be in line with the intuitive sense of people. In order to verify whether this statement is correct, British and American scientists have carried out a number of large-scale, long - time tracking investigations. The results showed that the average life expectancy of vegetarians was higher than the social average. However, vegetarians are also accompanied by other ways of life, such as less people who smoke and drink in vegetarians. They are generally restrained in their diet, and even in other ways of life, such as exercise and mentality.

There is scientific evidence that these "confounding factors" help to live a long and healthy life. To know what the effect of vegetarian food is to health and longevity, it is necessary to exclude the effects of these factors. A randomized double blind trial is hard to carry out. However, statistical tools can be used to do regression research on large sample data and eliminate the contribution of confounding factors to the results. The study found that vegetarian food has no significant impact on health and longevity. That is to say, the reasons for the healthy and long life of vegetarians are mainly the other aspects of their lifestyle, not the vegetarian itself.

In theory, people can get almost all the nutrients they need from a vegetarian diet. However, some of the nutrients that the human body needs are rich in animal foods and are not common in plants. On the other hand, most plant foods provide a single nutrient.

Protein is an extremely important nutrient, especially for the growth and development of minors. The human body takes protein in order to meet the needs of amino acids. Generally speaking, protein in eggs, milk and meat is more similar to amino acids in human body's needs and easier to digest, so it is called high quality protein.

Calcium, iron, and zinc are the minerals that vegetarians are more likely to lack. In the usual diet, the most convenient way to take calcium is dairy products, while iron and zinc are higher in meat. If it is a non - strict vegetarian who does not repel egg and milk, the problem is not much. If you have a complete vegetarian diet, it's more troublesome. Legumes contain a lot of calcium, iron and zinc. Dark green vegetables contain a lot of calcium and iron, and there are a lot of zinc in whole grain products. But they are often mixed with other molecules and are less efficient to be absorbed by the human body.

Vitamin B12 is almost exclusively in animal food, and a vegetarian is difficult to get through natural vegetarian food. It is similar to folic acid, so it is not easy to detect when it is lacking. It is too late to wait until the symptoms of vitamin B12 deficiency appear.

Increasing the proportion of vegetarian food can reduce cancer risk

Animal foods, such as meat, eggs, milk, etc., contain a large number of nutrients needed by the human body. But many modern people eat too much food. Too far, which contain harmful composition, such as fat, cholesterol, has become a killer. Therefore, the modern dietary guide advocates people to increase the proportion of vegetarian food in the diet. The American Cancer Research Association advocates that more than 2/3 of the food comes from plants and helps to reduce the risk of cancer.

One other saying that vegetarianism is that vegetarian food is beneficial to the sustainable development of human beings. All human food needs to be consumed in a certain land and converted to solar energy. To produce the same amount of food, the land and water needed for a vegetarian diet is much lower than that of animal food. From this point of view, the ratio of vegetarian food in the diet is improved on the premise of achieving a comprehensive and balanced nutrition.

(excerpt from the health newspaper) 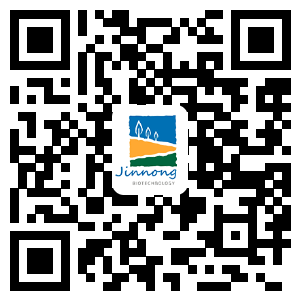